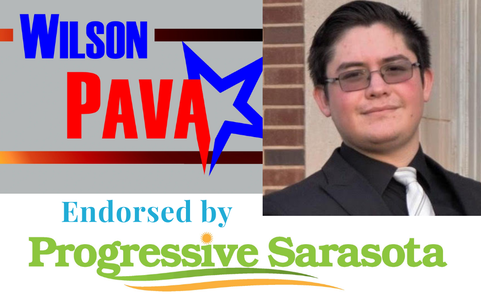 Wilson's Priorities if elected, would be:
​
1. Defending Single Member Districts - The County Commissioners opposed single member districts. Their disdain for this grassroots effort to hold them accountable to their voters is still clear. It is not unreasonable to expect that the Commission would propose a charter amendment to do away with them. The Charter Review Board must propose an amendment that would prevent the Commission from putting an amendment up for a vote that would change how they are elected.

2. Protecting Citizen-Created Amendments - When citizens put the work in to collect the needed signatures, and then manage to convince enough citizens to support an amendment - the only people who should be allowed to do away with that amendment are other citizens, not politicians.

3. Ensuring Citizen Input - We need to reduce the number of signatures and increase the time allowed to collect them. It is OUR government, not the politicians' and we need to grow the role of citizens instead of limiting it.

Wilson would be the only Hispanic on the Charter Review Board.  He would also bring an important youth perspective to the Board.